Home security: Why you should put IoT devices on a guest WI-FI network

Home security: Why you should put IoT devices on a guest WI-FI network

The number of internet-connected devices in homes has been growing exponentially over the last decade. A typical home now has more than 10 devices connected to the internet. IoT stands for Internet of Things, and it basically means any other type of “smart device” that connects online besides computers and mobile devices.

Here are two alarming statistics that illustrate the issue with IoT security:

Hackers use IoT devices to get to computers & smartphones

Smart devices are a risk to any other device on a network because they are typically easier to breach, so hackers will use them as a gateway into more sensitive devices, like a work computer.

Improve security by putting IoT on a separate Wi-Fi network

Just about all modern routers will have the ability to set up a second Wi-Fi network, called a “guest network.”

By putting all your IoT devices on a separate guest network from devices that hold sensitive information, you eliminate the bridge that hackers use to go from an IoT device to another device on the same network. Just make sure that you secure your guest network with a strong passphrase.

With so many remote workers, hackers have begun targeting home networks because they can target your sensitive business and personal data in a typically less secure environment than they would face in a business setting.

Please reach out to me at solutions@microminder.com if you would like to discuss your employees home cybersecurity needs in more detail.

We put our clients at the centre of what we do

Interested in becoming a client or finding out more? 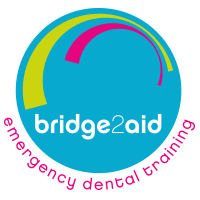